Witches and Demons: Do They Really Exist?

The Lord promises to uproot our selfish wanting. Why? Because it causes us to suffer and slows our return to Him.

Continuing on from previous newsletters, today we are discussing the killing of the witch-demon, Putana. This demoness is found in human consciousness, as deception. Those who are infected with the poison of cheating, as well as attachment to selfish enjoyment, and even cruelty, are said to be influenced by the demoness, Putana.

Putana is like a false-leader, or leaders, who pretend to be one thing, but secretly they are another. Demons are two-faced. Putana, like many dark witches, was a baby killer. Notoriously famous for murdering hundreds, if not thousands, of children, Putana entered the forest of Vrindavan, at the behest of King Kamsa. The demoness entered the palace of Lord Krishna’s family. She appeared in a very alluring, beautiful human form. In fine dress, she approached the young Prince, Krishna, to pick Him up like a mother. As she began to nurse the Lord from her breast, which was smeared with poison, the Lord pretended to be swept away by her illusive powers.

Taking hold of her breast in his mouth, like an ordinary baby, he began sucking at her poisonous milk. At first, the Lord pretended to be nothing more than a happy child drinking milk… but gradually His sucking became forceful, and more and more forceful, until the demoness realized the power of the baby she held in her arms. She could not hold onto Him any longer for He became the source of death for her. But the Lord kept on sucking hard at her evil tit, until the demoness’s soul was dragged out from her ancient body. She fought for her life, but to no avail. For once the Lord comes to take your soul, no one can stop it. Immediately, the demoness dropped her illusory form, and in her place now lay a giant witch, riddled with knotted bones, sharp teeth, and a hooked nose.  Terrified the villages watched on, as the baby slayed the demon dead. The roots of evil were destroyed upon earth. 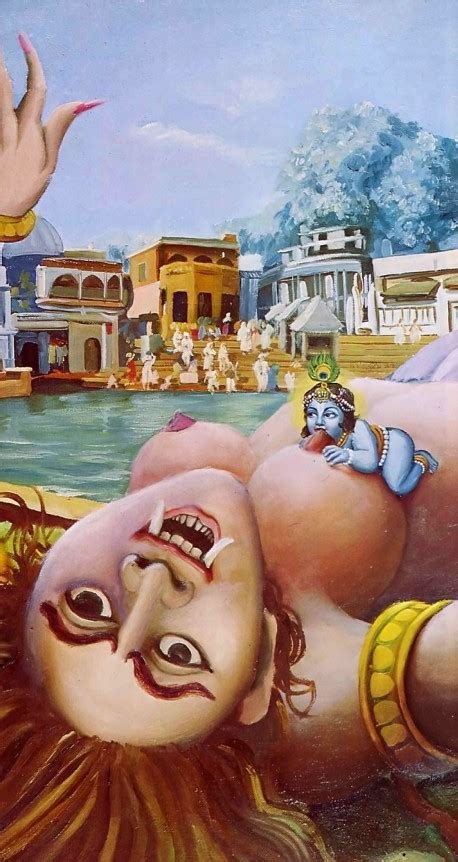 The witch lay dead and all were amazed that the child, Prince Krishna, was unharmed. How had they not noticed that the demoness was in their village, they all wondered? Similarly, the illusion of deception slips in unnoticed, causing the malignant poison of malice, as well as attachment to materialism, to delay our progress on the path. By hearing and contemplating this historical story, we too are cleansed of these poisonous habits. The Lord promises to uproot our selfish wanting. Why? Because it causes us to suffer and slows our return to Him.

END_OF_DOCUMENT_TOKEN_TO_BE_REPLACED 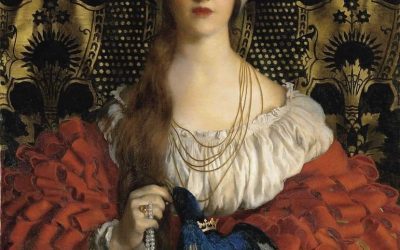