The Story Of Four Wives

I have spent most of my adult life searching for spiritual truth, studying scriptures and ancient books from all faiths. It was my quest to discover why people suffer, which drove me forward. I wanted to understand life, death, and what lies in the great beyond, of which we know so little.

In Judeo-Christian scriptures, the realms of heaven and hell are only hinted at . . . nowhere is there a description of these realms, nor of the Kingdom of God. There are no details given as to what, or who God is. What He looks like. What He does with His time. Where and how He lives. Nor are there any definite portrayals of the Feminine Divine.

The Shekina (the Goddess) is only hinted at in Judaic scripture – as being the counterpart of the Male Godhead. But I did discover that at its mystical core, Judaism is akin to Bhakti Yoga, the path of devotion. The meditation of the Jews, at the center of prayer, is to unite God and Goddess, who have been separated. It is a very deep philosophy, something I will explain in later newsletters.

Within the ancient Vedic scripture I found many interpretations of the afterlife, along with descriptions of heaven and hell. The Vedas consist of four main multi-volume books, as well as Puranas, the Srimad-Bhagavatam, and the Upanishads. I had finally found reports of these spiritual realms in great detail! I felt like it was the most exciting find of the century! Compiled into hundreds of books – collectively known as the Ancient Veda, they are composed in the mother-tongue of us all – Sanskrit – known as the language of the gods’. These detailed and voluminous texts are the oldest known holy scriptures in the world today.

As I began reading these immense books, I was amazed. Herein lay the information I was in search of. Precise information about the Creation, Heaven and Hell, secrets of death, karma, and the location and descriptions of the Kingdom of God. Using the profound language of the soul to construct in the reader the essence of a divine state, these books could be called pure alchemy from beginning to end. They transform the reader from a state of ignorance, through knowledge and spiritual wisdom, into one of purification and ultimately transcendence.

Upon studying these billowing texts, I realized that much of what I had learned, desperately needed to be shared with the public. People are missing an “instruction manual for life”, thus they create more and more suffering for themselves. So I set about writing a historical novel based on the real lives of Mary Magdalene, the holy family, and their extended circle of friends and followers. But I also included so many of these essential truths which I had discovered.

There are fundamental misunderstandings about life, death, and the afterlife. About heaven and hell… but moreso, about the eternal Kingdom. So I have revealed these afterlife realms in great detail within Woman in Red – Magdalene Speaks. You need not spend years and years studying hundreds of books, because I have condensed for you, into one book, these most essential teachings to help you understand what life is for… and how to live it, so that your suffering can be appeased. 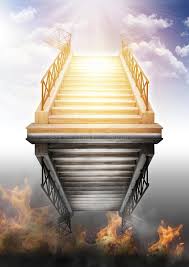 What is the significance of this understanding for us today?

Setting an intention – a goal – for your life is necessary. Knowing and understanding what the afterlife has in store, to some degree at least, is essential to our liberation and happiness. When we shoot an arrow at a bullseye, we must first place our intent upon the center of the circle at which we are shooting. Otherwise the arrow will go where it wills. However, when we realize what and where the ultimate destination for the soul is … then we can steadily apply ourselves to that end. 50% by our effort and 50% by Grace and Mercy, we can then advance towards the goal – The Kingdom of God.

But where is that Kingdom, and what do the eternal beings there do? Who is God? Who is the Goddess? Who are we in relation with Them? What sort of souls live there? These are many of the questions which I quested for and found. Without this, we are victims to many cycles of birth, death, and struggle. It is only with spiritual practice, alongside true knowledge, that we can transcend the illusions which have held us bound.