An expensive renovation of Rennes Le Château, a dilapidated church in Southern France, began after Catholic priest, Berenger Sauniere, discovered something mysterious and shocking beneath the Altar and inside of a pillar. One thing’s for sure, whatever he found was so dangerous to the Roman Catholic church that they paid him handsomely for his silence.

Sauniere spent the rest of his life bequeathing his church with clues, to transmit something of great importance. Rennes Le Château’s architecture and artwork is clearly a map pointing to a dark secret that is extremely threatening to the Vatican. To ensure his secrets would not be lost, Sauniere enciphered the church with arcane meaning. Something of great consequence is hidden here, for anyone with eyes, to seek and find.

Since the Knights Templar lived in the area, many speculate Sauniere found the lost treasure of King Soloman’s Temple. 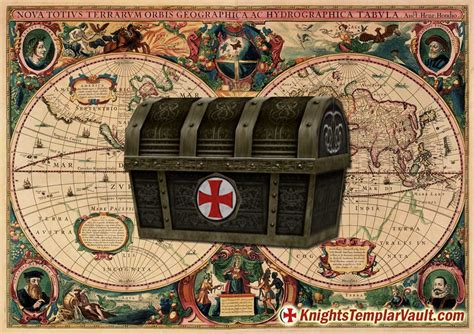 The locals noticed the priest exhibiting strange behavior. In the dead of night he was often seen rummaging around in the church’s cemetery, obviously looking for something of importance. Furthermore, he was seen ferreting about in the countryside.

Sauniere’s sudden wealth allowed him to spare no expense on church renovations. Immediately, he began detailed work, meticulously carving and painting each scene hinting at something extraordinary. For example, intriguingly, the fourteenth station of the cross reveals Christ’s body being moved on crucifixion night, as documented in my book Woman in Red – Magdalene Speaks, wherein Jesu is moved to a more secure tomb outside of Jerusalem city, after midnight on Shabbat. This would have broken every law in Judea, for to lift a burden on the Sabbath was a grave sin.

Why did Sauniere depict an alternative story of Jesus, one where he was moved beneath a full moon in the dead of night? 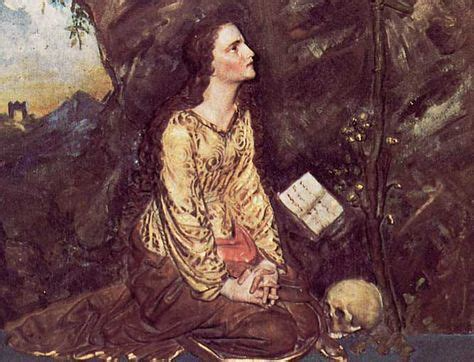 The Altar at the front of the church reveals a cave, with a kneeling Mary Magdalene. Beside her is a skull and an open book which has two crosses drawn upon its pages. There are two possibilities that match the countryside behind her, the ruins of Blanchefort Château, and Coustaussa Château, both in the area of Rennes Le Château. Two letters, J & M, a heart, and Mary Magdalene’s entwined fingers appear on this mysterious bas relief. Was Sauniere drawing attention to Jesu and Magdalene’s entwined hearts? Or could this be the final resting place of Mary Magdalene? What is the significance of the book? Certainly, there is more to the church than meets the eye.