The Controlling Forces Of The Grail Bloodlines

We are like fish out of water here, trying to sustain ourselves in a foreign environment.

Mary Magdalene’s descendants were forced into hiding, many of whom were massacred. But why were there so many attempts to rid the earth of the Messiah’s line of descent, ways, and teachings? Because the new church wished to control the empire of people’s faith. The leaders of Rome had found a new way to control the masses, and accrue great wealth, fame, and prestige. Hence, many untruths were done and said in Jesu and Mary Magdalene’s good names. But as it is in all earthly matters, we shall leave such things to the scales of divine justice – karma – which none escape.

We know so little of history, and even less so, about ourselves. There is a tremendous amount of undiscovered truth yet to be found in history, in consciousness, and in the consciousness of the collective. Remember, history is always written by the victors. But what of the losers? What was their truth? As it was in the case of Christ and Mary Magdalene, we see that there was indeed another truth aching to be told. Therefore, if we wish to understand the full picture of any historical or religious truth, we must give up listening to the voices of those who control the narrative. We must look to alternative texts like the Gnostic gospels, which paint a different Jesus than the one portrayed in the Bible. One where Jesus is married to Mary Magdalene.

“I have died a hundred deaths and been reborn,

And now, I am no longer a submissive woman needing anyone’s approval.

As a Woman In Red, I claim my rightful place alongside my husband, Jesu.

My name, Mary Magdalene, has stood the test of time,

While my story has become a conduit for women everywhere,

To follow the true path of devotion, non-judgment, personal-sovereignty, self-control, and kindness.

Our mission is to wake humanity from its drudgery,

For it has been promised,

That we would deliver the faithful,

From death to everlasting life.

Unto the resounding sound of triumphant Angel’s cries,

Sincere souls who understand the truths of the Divine Feminine,

Are to be released from false-living.

Our message is of Eternity,

And Eternity cannot be silenced.

I am one of two messengers,

I am the lost bride,

And I am the voice of the returning, rising Feminine.” 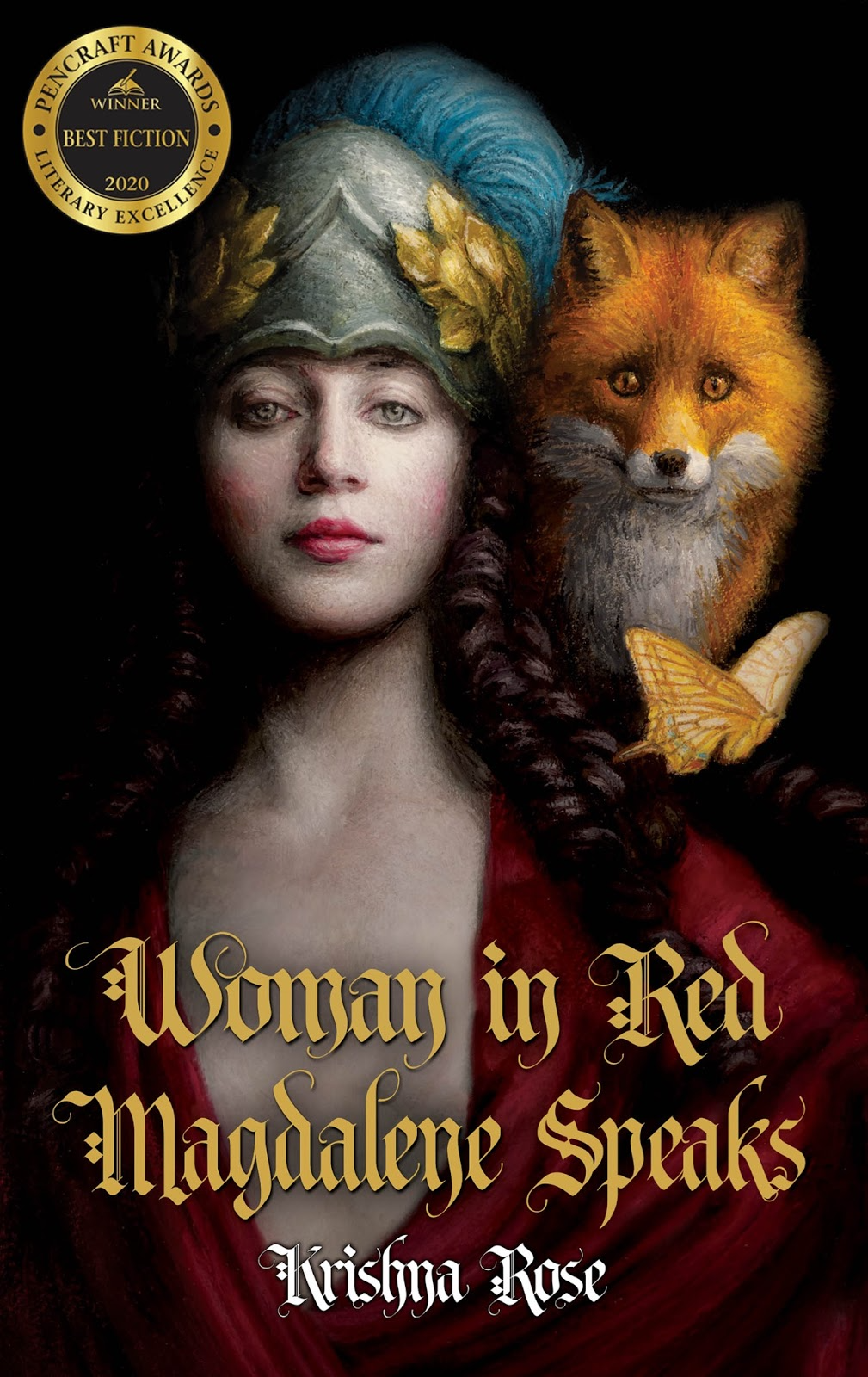 To live like Christ, or Mary Magdalene, is to rise above disturbance. It is to embody the splendor of virtue which is in truth, the state of our pure nature. It is only the unnatural world of sin—wrong-doing—and aparadha—that causes our souls to struggle through the never-ending wheels of reincarnation. We are fools in a fools’ paradise, if we believe ignorance is bliss. Thus, the Saints and Prophets were called “seers”. Because they could see beyond the illusions that have seized our consciousness.

We are like fish out of water here, trying to sustain ourselves in a foreign environment. Even with all the material possessions in the world, we cannot find fulfillment. Only when the fish is back in its natural environment does it find relief. So it is with spirit.