The Conspiracy Of Christmas

And though we may never know the truth of these great personalities, we do know that Jesu was his own man, separate from the gods of old.

Originally, Christmas was a pagan holiday celebrated around the world. Many customs and rituals were performed in the month of December to call in the light, asking it to return to people’s homes and fields. In the bleak mid-winter people prayed for the ‘sun-god’ to be re-born so that their crops could grow.

The pretenders who overthrew Christ’s mission decided to convert the masses by superimposing every ‘pagan’ holiday, with a Christian one. This is how the Christmas story was born. The virgin child born in a manger, the Christmas tree, decorating the house with greenery and lights, and days of feasting and drunkenness were all part of Winter Solstice tradition.

It is important to note that Christ could not have been born at this time of the year. A birth in December would have broken Jewish law, as two-thousand years ago there were only six weeks in the Judaic calendar that allowed a married couple to unite for procreation. This was from November to December. The rest of the year sexual abstainence was required. These were the ways of the Jewish people to which Jesu was born. Therefore, Judaic babies were always born between July – September. Any child born outside of these legal months would have been ‘born of sin’, therefore, I am sure we can all agree that the Messiah would not have been birthed unlawfully.

The holy days of Christ-Mass which we have lovingly accepted and followed throughout our lives has nothing to do with Christ’s actual birth. Similarly, nowhere was it documented that Christ was born in a manger, or in a stable. Similarly, there is absolutely zero evidence of King Herod having killed the thousands of babies of fake-news propaganda. These stories were added to the New Testament Bible hundreds of years later to captivate and charm the Isis worshipping crowds into conversion.

Mary was declared an eternal virgin to better appeal to the worshippers of Isis, the Queen of Heaven, who, as a virgin, bore the son of God, Horus. Jesu’s mother, Mary, bore five children, yet this was covered-up to suit the agenda of the new church who wished to overthrow the worship of Goddess Isis and her miracle child, Horus. Let me elaborate for a moment. This is fascinating history so please bear with me:

There was once a virgin named Meri, who gave birth to a child in a cave. His miracle birth was announced by an angel, heralded by a star and attended by shepherds. The child attended a rite of passage at the age of twelve, disappeared for many years, then at thirty returned to his homeland where he was baptized in a river. His baptizer was later beheaded! Sounding familiar yet? Wait, there’s more! He had 12 disciples, performed miracles, exorcized demons, raised people from the dead, and walked on water. They called him Iusa, the anointed one. He delivered a sermon on the Mount, and his followers went on to recount the profound teachings of their Rabbi. Eventually, Iusa was crucified between two thieves, buried in a tomb, and rose from the dead on the third day. His followers called him the way, the truth, and the light. He was known as Messiah, Fisher King, son of man, the good shepherd, lamb of God, and the word made flesh. He was also known as Krst, the son of Krishna, one of God’s Holy Names. Sounds a lot like Jesus doesn’t it? But these were in fact stories associated with the Egyptian god, Horus. 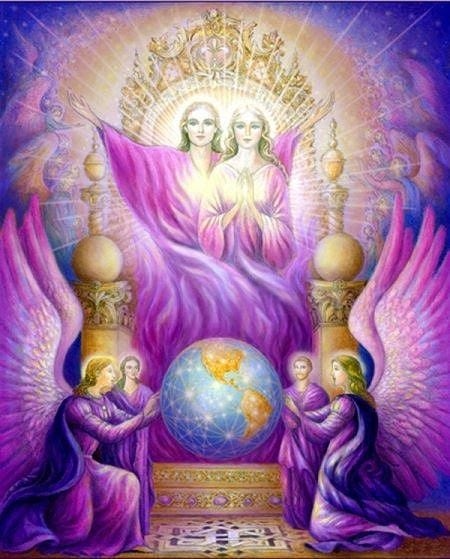 Fortunately, thanks to obscure Indian texts we know that the Messiah was crucified by his people, resurrected on the third day, and later visited Kashmir, in the Himalayan mountain ranges of India, where he continued to inspire the masses toward devotion and knowledge of the Kingdom. And though we may never know the truth of these great personalities, we do know that Jesu was his own man, separate from the gods of old. Not because of the little that was written about him in Judea, but due to an ancient prophecy that predicted Jesu’s miraculous life after the resurrection, wherein he would unite the world before the One, Almighty God, Who has limitless names and faces.

Having said all this, still, it is wonderful to remember Christ, his teachings, and his example, at any time of the calendar year! Thus, I pray that Jesu blesses and anoints our brows with the soothing balm of Divine love.

END_OF_DOCUMENT_TOKEN_TO_BE_REPLACED

Nobility of Grail Truth: We Shall Prevail