Herod prided himself, for he had seized every opportunity to ensure the throne of God… or so he believed. 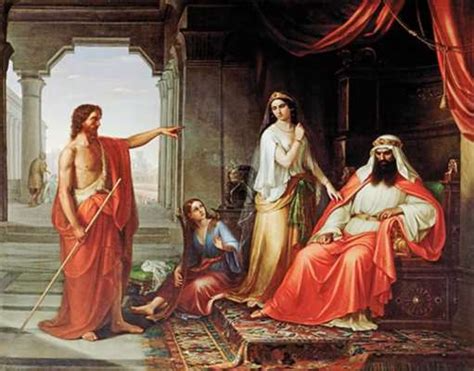 King Herod wanted nothing more than to be accepted as King of Jews.  He was rich and powerful beyond measure, hence, he gave enormous dispensations and favors to the Jewish people, especially the Sanhedrin and Pharisees, to win their approval. Though Herod was King of Judea, being only half-Jewish, not from his mother, the Jewish people never accepted him. Herod was instead viewed as a Roman who wanted to win the throne of the Judeans’ hearts, which couldn’t happen due to Herod’s unfortunate birth.

King Herod was a chess man. Every move he made was carefully planned out in detail to ensure that he would always win when it came to the game of sovereign power. Foremost on his mind was the expected birth of the long-awaited Messiah. He wished more than anything for this celebrated savior to be born within his own family, therefore, he married nine Jewish girls of royal descent and set about having as many children with them as possible, in the belief that the people’s redeemer would be born of his loins. Strategically, the King married his eldest son and heir, Prince Antipater, to a Judean princess of Davidic descent. Her father, Benjamin, was head of the Jerusalem Temple. Antipater’s new wife, Miryam (Mother Mary) was a pious, well-educated girl, a model of virtue, having all the airs and graces of a Queen, but most importantly, her first-born son would give Herod, the Messianic throne. Herod prided himself, for he had seized every opportunity to ensure the throne of God… or so he believed.

The King of Jews would be Herod’s grandson and that was his one true solace in life, for he had unsuccessfully burdened himself with a bow-and-scrape manner toward the Jewish people. The Messianic throne was his innermost wish, more critical than any other.

Mary’s first husband was the firstborn son and heir of King Herod the Great and he was the love of her life. Providence had ruled in her favor, for she found him approachable and of kind disposition. Educated in the arts of diplomacy, he was elegant and skillful in his speech, but also, he was a fine figure of a man, with a physique that matched his refined attributes. A man free of his father’s random acts of violent rage.

Together, they were idolized as the ideal couple, and, once with child, they were deliciously content… as was the King. Finally, the King had an heir of indisputable Jewish descent, who laid claim to Davidic origin. The King’s grand design within his mind was that his grandson would be the people’s Messiah, born of his seed, for that would be the ultimate check-mate. But all of that changed in one luckless moment.

Doris was the first wife of King Herod, whom he married before taking the throne. She was the mother of Prince Antipater, and therefore, also the grandmother of Jesu. At some time the King took a second wife, Mariamne, who was famed as the most beautiful woman at court. The King was crazy about her and all sense and reason left him. Consequently, he sent his first wife, Doris, away from his jealous new wife. Antipater was disinherited.

After a few years of marriage, the King began doubting Mariamne’s chastity and had the love of his life executed. At no time thereafter was the King the same. Distraught, he was keenly aware that his paranoid and foolish mind, and advisors, could not be trusted. Herod desired the company of the one woman he trusted above all others, Doris, who was recalled to court, and once again, Antipater was reinstated as the King’s primary heir. However, in time, the King’s overly suspicious mind got the better of him, and, with all the plots that plagued the King’s court, Doris and her newly married son, were imiplicated in an attempted assassination of the King. While both were innocent of charges, Doris was banished from court. The wheel of fate turned against Antipater and Miryam, when Caesar Augustus gave a guilty verdict to the King’s son and heir. Herod was lied to, for he had been told that his wife and son had attempted to assassinate him. Despite their pleas of innocence, in one of his fits of unhindered rage, King Herod stabbed his son Antipater, twenty-seven times until he lay dead.

This had been the carefully planned move of another of the King’s wives, who also loved to play chess. The power-play of the King’s fourth wife, Malthace, was a decisive scheme to ensure that it was her son, Herod-Antipas, who inherited the throne. Inevitably her plan was a success, however, the Messianic throne was not to be hers, or her son’s, for the Messiah’s throne belonged to another. Thus, Herod’s dream of spawning a grandson to unite the Roman and Jewish people came true, but not as he could have imagined. Though the Messiah was born from his son’s seed, few would ever come to know of it. King Herod was forever outmatched by one of his wives.

Miryam (Mother Mary) fearing for her life, was ushered out of the palace unrecognized. Swiftly, Benjamin led his pregnant daughter out of Jerusalem, guiding her to safety. Immediate plans were made for the pregnant princess to be married off to a high-born stonemason by the name of Yosef (Joseph), a simple man. Though the arrangement was complicated due to her pregnancy, Yosef was agreeable. With his help, Mary dissolved her past and set in motion a new life for herself with many twists and turns. The locals however, frowned on their marriage, claiming she was unchaste. Hastily, they moved away from the village to avoid further humiliation, but more so, they wished to avoid any unwelcome attention, for the King’s grandchild grew strong inside Mary’s womb. Hence, to Egypt they fled, where they lived in a quiet village in the mountains of Scetis. There they waited under the protective eyes of the Therapeutae, until destiny called them, for only once the miserable King died, would it be safe for Mary to return to Jerusalem.

Jesu grew into an enigmatic young man having knowledge of different languages and holy scripture, so, the locals, who were once suspicious of Mary and her bastard child, grew to love this mysterious boy. In time, they overlooked the circumstances of Jesu’s unfortunate birth, though his illegitimacy was often cause for people to doubt his Messianic claim, for he had not known his true father. Mary kept the truth from him, until after his bar-mitzvah, once they were safe on the Silk Road on route to India.

The fourth wife of Herod, Malthace, initiated a successful move in the game of sovereign rule, as Antipas, her son, became ruler of Galilee, though he was neither crowned nor accepted as king.

Only once Yosef passed away and they were out of Judea, did Mary feel it was time to explain the peculiarity of his birth. It was his God-given birthright to unite the people, but, Jesu had a bigger plan than that of his famous grandfather. He was not interested in the throne of Rome or Judea, he wanted the Throne of people’s hearts.

I hope you enjoyed this interesting look at hidden-history. After thirty years of research, this was the closest to the true story of Jesus’s birth that I found. Once I figured this piece of the puzzle out, everything else fell into place, including the beheading of John the Baptist and the dance of Salome, which I will explain in a future newsletter.