The Battles Of Good Vs Evil

People are not free to think for themselves when they are told what to believe.

The fight between light and dark, good and evil, has been a constant one, both on earth and in the heavens. The angels and demons have battled for control and influence since the beginning of time. When demons rule, disinformation is used to control. Let us take a look at the evidence, wherein the bloody history of the Church, who usurped the Jesus movement, is reflected upon. For these things were done in Jesus, the peace-maker’s, name:

The Bloody Past of The Usurpers: The Vatican

1096: Catholic crusaders slaughter half of the Jews in Worms, Germany.

1208 – 1226: The Albigensian Crusades in Southern France: Catholic crusaders murdered 20,000 residents of Beziers, France, on July 22, 1209. By the time the Roman Catholic armies finished their ‘crusade’ almost the entire population of Southern France (mostly Albigensian Christians & Cathars) were exterminated. The Papal Inquisition of the Vatican began in the 13th century killing 50 million people!!!

1236: Catholic crusaders slaughtered Jews in the Anjou and Poitou regions of Western France, trampling to death 3,000 Jews who refused baptism.

1348 – 1349: The Jews are blamed for the bubonic plague. Jews were rounded up by the Catholic mobs, to be hanged, burned and drowned.

1389: Catholic mobs murder 3,000 Jews in Prague when they refuse to be baptized.

1481 – 1483: At the direction of the Roman Catholic inquisitors, authorities burned at the stake, 2,000 ‘witches’ during the first two years of the Spanish Inquisition.

1550 – 1560: Catholic troops slaughtered 250,000 Protestants via torture, hanging and burning during this ten-year period.

1553 – 1558 Roman Catholic Queen Mary I of England (aka “bloody Mary”) attempts to bring England back under the yoke of Papal tyranny. During her reign, 200 men and women were burned to death. Her victims included bishops, scholars and Protestant leaders for refusing to ‘convert’ to the Catholic faith.

1618 – 1648 The Thirty Years’ War: This bloody, religious war was entirely orchestrated by the Roman Catholic Jesuit order and its agents, to exterminate all Protestants in Europe. Many countries in central Europe lost half of their population!

1685: Due to the order of the Pope, King Louis 14th slaughtered 500,000 Protestant Huguenots in Southern France. This was an attempt to wipe out any remaining descendents of Jesus Christ and his wife Mary Magdalene, their followers, and their true teachings.

1938 –  1945: Catholic dictators slaughtered approximately six-million Jews in Europe prior to and during World War 2.

The Vatican, as well as other organized groups, have hidden away their obsession with child-sex. It has become a phenomena like never before in history. Why? Because what the leaders of society do, common men follow. Under the guise of ‘holiness’, the priests, cardinals, popes, and gurus, have selfishly guarded and protected the wicked ways of the churches and temples. 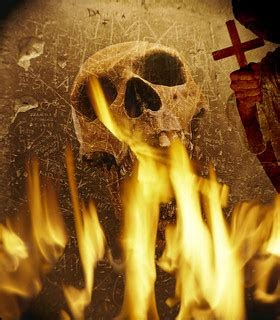 People are not free to think for themselves when they are told what to believe. The word “heresy” in regards to Christ, basically means, “Believe as we tell you to believe, or you will be punished”. Certainly the Church, as well as other religions around the world, have persecuted, tortured and murdered, in the name of being ‘right’, totally ignoring the most crucial Commandment of God “Thou shalt not kill”.

In the name of Jesus, the Vatican ordered a mass-execution of Mary Magdalene’s bloodline, culminating in the burning of all red-haired women and children, as well as women with powers, including midwives. Such disinformation turned the people against one another. Tattling, pointing fingers and turning on anyone who was ‘different’, calling them ‘witches’, these so-called Christians herded their communities like sheep, while the true teachings and life-story of the Messiah was buried deep beneath many lies. These weighty things were done in Jesu’s name, yet our Teacher was a man of peace and kindness. So why did people succumb to such superficial wrong-doing?

Bullying, vilifying and murder became the fighting shield of Christians all around the world even though Jesus was a man of compassion. An entire group of people became murderous toward anyone who thought differently to them, whilst claiming to be followers of the true Christ. Why? Because the Church told them what to believe whilst using fear to control the masses into their doctrine. Fear is a tactic which has been used as a weapon against humanity for thousands of years. The elites know that fear separates us, so they use it against us, as a spell, to drive the narrative and restrain people’s freedom.

In general, people fear what they don’t know or understand. The collective has learned to fear things which are out of the ‘norm’. We have been trained to conform from the moment of our birth, learning to care about what others think of us, rather than forging our own opinions, or doing our own research, and this is the reason why people conform. Radical thinkers, who pushed boundaries, were shamed, or executed, as heretics. Thus, the elites built the foundations of society on fear of being shamed. Anyone with a bright light was publicly punished or executed, like Christ himself. This is done so as to steer the herds into the pen of small mindedness. This is what sheep do. They go as a herd where they are told, even if it leads them to suffer. So it is with humanity, yet the truth is, in spirit we are always free and powerful beyond measure.

END_OF_DOCUMENT_TOKEN_TO_BE_REPLACED

The Conspiracy Of Christmas